Crossy Road is an endless arcade hopper game that has several features. It features retro graphics and a multi-platform feature. You can choose from a variety of characters, each with its own special skills. Your goal is to guide the character through various obstacles, avoiding pitfalls and obstacles. If you fall out of view, the game ends.
The Crossy Road game was created by Hipster Whale, a group of developers with backgrounds in video games and the internet. The game is free-to-play, and it allows you to customize your character with a wide range of special effects. The game is also multi-player, and it supports up to four players.
The game has simple 8-bit graphics, but the animations are smooth. You must time your movements to navigate the various obstacles without dying. As you progress to higher levels, the game can tax your processor. You can collect different characters by collecting them. Besides, collecting them is very similar to Pokemon, where you must collect the characters in order to advance further.
The game is very addictive. You can earn more coins by collecting coins, which are obtained by completing certain tasks. You can also purchase extra characters, which can help you complete levels. However, if you want to unlock all the characters in the game, you'll have to pay real money. You can also obtain in-game currency by picking up coins or watching optional advertisements.
The Crossy Road game has a lot to offer to fans of arcade games. It is an endless runner-style game.
Players must move their character through a path cluttered with obstacles and pitfalls to survive. If your character falls out of view, it's game over. You can also share videos of yourself playing the game.
The game offers thousands of playable characters from a variety of environments. You can choose from country, holiday, Halloween, and Easter themes. The game also has characters from space. In the game, you must hit meteor rocks in order to get the Moon Rock. You must also jump off lily pads and logs to unlock special characters.
Crossy Road is a free game that is suitable for children and adults alike. The game is simple and intuitive and requires little to no experience or expertise.
Crossy Road is a spin on the classic arcade game Frogger. You move forward by tapping your touchscreen. Each tap earns you points. You can collect as many coins as possible, but only if you can get to your destination in one jump. Alternatively, you can swipe left or right to go backward.
The game also features four playable characters. You can unlock new characters by reaching a certain score. You can also unlock new characters by unlocking a certain amount of coins. If you achieve a certain level, you'll be rewarded with free gifts. You can also unlock secret characters for questing. 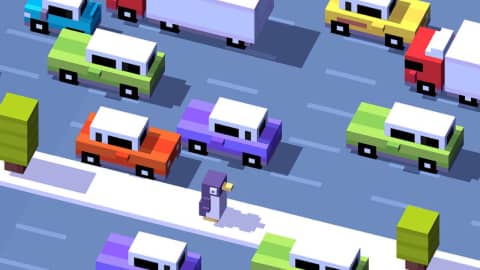 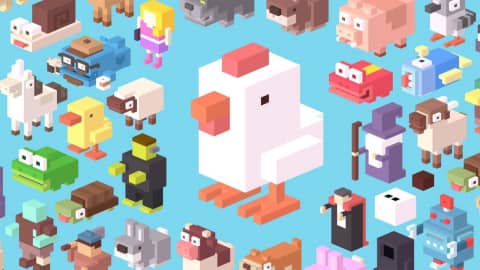 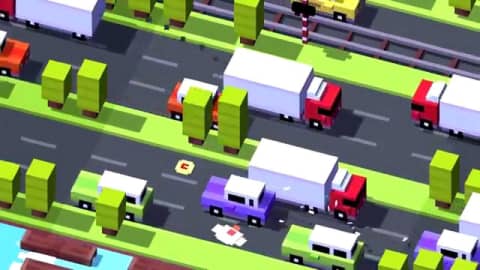 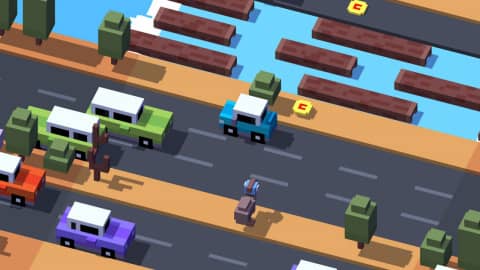 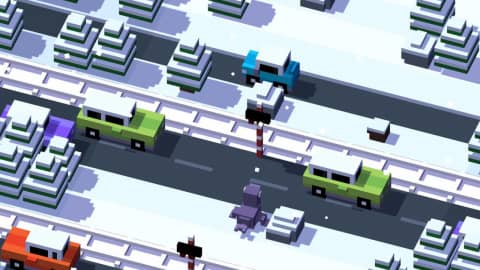 If you're curious about how to beat the high score in Crossy Road, there are a few tricks you can use. Although there's no single way to get the best score, you can use these strategies to help you achieve a high score quickly. Many players have already surpassed the highest score of 5457 recorded by Joshua Beesley.
First, you'll want to make sure your phone is in landscape mode. This will allow you to see what you're doing. Then, you can tap your character. Ideally, you should keep your fingers on the side of the screen to avoid obstacles, but this method will be less accurate than trying to tap the screen while holding it.
The best way to play Crossy Road is with a Wi-Fi connection. This will allow you to play with friends on the same network, but you shouldn't connect to public Wi-Fi networks. You should also select a character and theme that you want to play as. Then, once you have chosen your character, you can start playing!
Crossy Road is a fun, challenging game that features blocky 3D graphics. You'll get to pick from more than 200 characters to control and explore.
You can collect coins by completing different tasks. Keep in mind, though, that Crossy Road is very dangerous and you should take extra care to avoid being hit by cars. The road is also filled with trains, which you should avoid at all costs.
To beat the jackpot, you should set your high score to a low number. This will make it easier for you to beat. You should aim for a score of 100 or less. This will help you to practice, but you need to make sure you lose on purpose so your high score doesn't increase too quickly.
Getting high scores will unlock secret characters. You can also break your own records and unlock secret characters. This way, you'll be able to unlock the characters you want to use for quests. This is one way to beat Crossy Road and earn some extra cash. In addition to this, you'll be able to play with up to four people.
There are some tricks to make the game more fun and challenging.
One of these techniques is Dash Dancing, which involves making successions of swipes to traverse a large area. This maneuver allows you to cover more ground than you could while standing still, and it also helps you compress the advancing lanes.
Getting into the game
There are some tricks to getting into Crossy Road. You don't need to spend hours to get into the game. In fact, the more you play, the more likely you are to get hooked. You need to know that your first 30 seconds of interaction with the game are the most crucial because your mental model of the game will be created during this time.
Getting through the levels
In Crossy Road Game, you must get through the levels to earn tokens. These tokens are used to unlock new characters. However, if you are unable to collect them all, you will have to start over.
Getting a high score
Getting a high score in Crossy Street is not an easy task, but there are ways to increase your score.
The first tip is to avoid taking detours. While these are fun, they defeat the purpose of the game. Instead, go for the Coins that are on the main route.
It is also important to note upcoming obstacles, such as train tracks, logs, and other road obstacles, as they may prevent you from advancing further. Taking note of these obstacles will help you create the best game plan.
Getting a high score on a difficult level
One of the easiest ways to get a high score on a level is to be patient. You can save coins and gifts by being patient. Another simple trick is to look for Coins on the main route and avoid them on side routes. High-scoring players in the game know this trick.
Tricks to beat the game
One of the best ways to beat Crossy Road is to know how to sprint across multiple lanes of traffic at once. This technique enables you to get a high score faster. To achieve this, you should scan the entire area of gameplay and tap when you see a gap in the freeway. However, you should be careful not to overshoot and end up in oncoming traffic.