Are you one of those who’ve grown up watching Dragon Ball Z? Do you want to take up the role of your favorite character from this anime to fight and win games? Well then, your search for the best gacha gaming experience ends with DRAGON BALL LEGENDS. This free-to-play role-playing mobile game is based solely on the Dragon Ball anime series. The game is developed by Bandai Namco and is based on Akira Toriyama’s characters. It is a real-time combat game that includes character collection and fighting enemies to level up and become more powerful.
This anime action game is all about combat where you need cards and touch actions in real-time. The narrative is engrossing and will keep you engaged for hours. This thrilling, action-packed game is available for free on the Apple Store and Google Play Store.What’s interesting about this gacha game is that although it comes with in-app purchases, you can disable them in your game’s settings. The game can be played in single-player mode, or you can pair up with players from across the globe to win each battle.
This highly-engaging action game features your favorite Dragon Ball characters like ‘Vegeta’, ‘Goku’, and ‘Trunks’ among others, but the main character is ‘Shallot’, a new anime character designed for this game. The gameplay is simple and based on card-based attacks and intuitive controls, which are combined with top-notch 3D visuals and animation. Fighting scenes of exclusive quality is what you will experience while playing this gacha game.
You also have the option of summoning other characters from the Dragon Ball series like the DBS, DBZ, and DBGT. These characters include heroes like ‘Gohan’, ‘Krillin’, ‘Piccolo’, and ‘TIen’, who will fight against evil characters like ‘Cell’, ‘Majin Buu’, and ‘Frieza’. You can engage in one-on-one combats with other players to be a part of live Player-Vs-Player battles. You can alternatively participate in Ratings Matches to earn Rewards or Rating Points. Again, you can simply increase your strength by participating in casual non-ranking matches just for fun.
Features that make this action-packed anime game exclusive include:
Battles that are based on intuitive controls (simply by touching) and card actions
An original narrative based on Akira Toriyama’s characters
Unique, top-quality 3D characters, visuals, and fight scenes
Smooth animations reiterate the iconic moves in a special way
Character voice-based acting
Summoning iconic heroes from all Dragon Ball series including ‘Gohan’, ‘Goku’, ‘Piccolo’, ‘Frieza’, and more
Training to power up characters to win battles
Competing against players in real-time combats
Ranking up in the leaderboard by battling against rivals and friends
You can purchase different items including ‘Chrono Crystals’, ‘Chrono Crystal Digger’, and ‘Skipper’, etc. to improve the speed and form of your characters in the game.
Now that the description of this adrenalin-pumping action game is known to you, let’s move on to understand the way this game can be played. 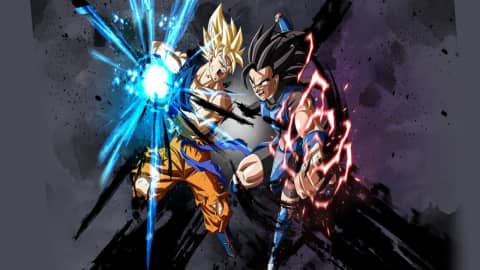 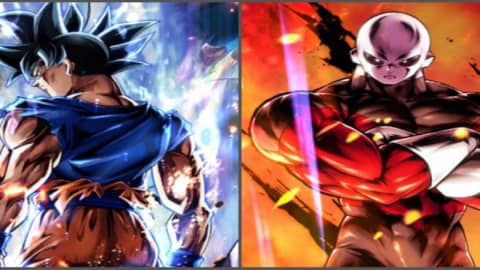 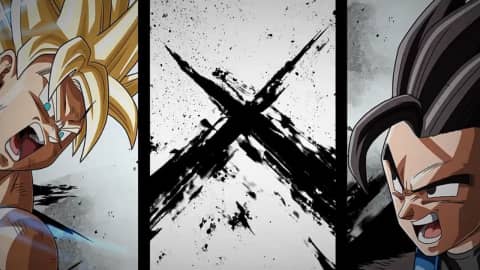 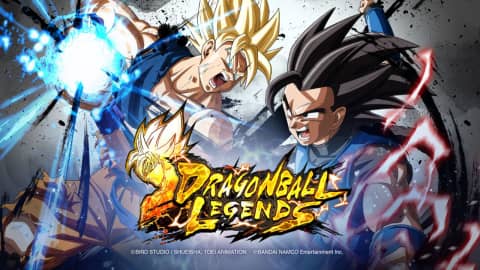 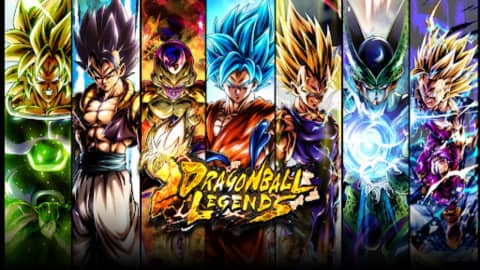 After entering DRAGON BALL LEGENDS, you will come across a simple tutorial that will explain the various controls you need for playing the game.
Swipe up will make the fighter (your character) move forward
Swipe down will make the fighter move backward
Touching your screen repeatedly when in close proximity to your enemy will give the fighter either energy to throw a few punches or blast up your enemy (if he is at a distance) using an ‘Energy Blast’
The ‘Ki Meter’ gets charged if you press and hold your finger on your screen for some time. This ‘Ki’ helps your character access ‘Art Cards’ to fight and win the battle. The ‘Art Cards’ can be found at the screen’s lower end. Management of ‘Ki’ and knowing which ‘Art Card’ to use will help you win a combat
Swipe right or left to undertake the ‘Vanish Step’ during a battle
The ‘Vanish Step’ is a defensive action that helps you dodge your enemy’s attacks. After using the ‘Vanish Step’ once, the ‘Vanish Gauge’ is drained out and takes some time to recover. The ‘Vanish Gauge’ doesn’t recover while you are attacking or charging the ‘Ki Meter’.
Tap on the ‘Fighter’ icon to activate that character’s ‘Main Ability’. Each character has a different ‘Main Ability’, which you can learn about from the ‘Abilities’ tab.
The next thing to know about this action-packed role-playing game is the ‘Art Cards’ as these determine how you can win a combat. The different ‘Art Cards’ included in the game are:
Blast – Yellow Cards for Ranged Attacks
Strike- Red Card for Melee Attacks
Extra Move- Green Card for ‘Stat Buffs’ and various other effects
Special Move – Blue Card that helps you deal with enormous damage
Awakened –Purple Card that can be accessed by certain Fighters only
Ultimate Move – Blue Card featuring a spike-shaped border, which can be accessed by certain Fighters only
This gacha game features 7 ‘Elements’ and each of these ‘Elements’ is represented by a Fighter. These ‘Elements’ include:
GRN – Weak towards PUR and strong towards BLU
BLU – Weak towards GRN and strong towards RED
YEL – Weak towards RED and strong towards PUR
PUR – Weak towards YEL and strong towards GRN
RED – Weak towards BLU and strong towards YEL
Two ‘Special Elements’ apart from these five main ‘Elements’ are:
LGT – Neutral towards everything other than DRK, and strong towards DRK
DRK – Weak towards LGT and strong towards all the main ‘Elements’
You can check your ‘Fighter Stats’ by keeping a tab on their ‘Health’, ‘Defense Values’ (Blast and Strike), ‘Attack Values’ (Blast and Strike), ‘Vanish Step Recovery Speed’, ‘Critical Rate’, and ‘Ki Recovery Speed’ to monitor how well your character is doing during the battle.
The rewards in this action-packed gacha game include ‘crystals’, ‘souls’, ‘EXP’ (energy), and collecting characters after winning a battle. In-app purchases will help you increase the strength of your characters, and make them better prepared to defeat stronger evils in the upcoming battles.
The intergalactic tournament in this game continues with back-to-back battles, where you encounter different types of enemies. At the beginning, your team consists of 6 heroes (maximum), who you can use to gain currency and experience by winning combats. As you keep leveling up you get access to upgradeable cards that represent equipment and skills to make your heroes extra powerful. You also earn currency to summon other new heroes as you keep moving up in the levels.
While DRAGON BALL LEGENDS can engage you for long hours, the level of excitement keeps increasing with each victory. If you have experience playing this anime role-playing game, then please feel free to write about it in the comments below.