The library of free-to-play arcade games has become overly saturated. Still, there are certain games whose description, features, and appeal secure a place in people’s minds for a long time. Ski Safari 2 is one such game that packs fun and adventure together in a well-structured game.
The original version of Ski Safari, developed by Sleepy Z Studios was also a hit. It propelled the publisher Defiant Development to think of redesigning the game and presenting it as a sequel. The sense of the warm fuzzy free-flowing vibe of the game abounds in both versions. What made Ski Safari a stand-out title among arcade games is its one-touch simplicity.
In 2015, Ski Safari 2 appeared and is searchable in the Google Play shop and iTunes.The title immediately became a hit owing to the catchy music, amazing graphics, and smooth mechanics. Certain enough it was immediately lauded by the mobile gaming communities across the world.
The developers of Ski Safari have worked really hard to achieve this feat. They have explored their sheer brilliance and meticulously tweaked the first version of the game to include a wide array of new features, polished graphics, and gaming modes which have together captivated the users.
The first version had snow slopes that have been updated to add new electricity lines or cable cars that you can grind. The snow slopes are also redesigned to enable a seamless user experience. What deserves special mention here is the introduction of new slopes along with their accompanying hazards
Imagine you have completed all the challenges in a sect, say Penguin Peaks. You can proceed to the outrunning tornadoes to Twister Canyon or even dodge a few lava eruptions waiting for you in the Jurassic Lark. It’s more of a decimation safari that has added exorbitant animals and elements. When you play, you can ride any animal of your choice ranging from eagles to penguins to yetis and werewolves. Well, you will also find pianos, mine carts, and bathtubs to ride on.
The awesomeness of the game doesn’t end here. Animals of Ski Safari 2 are now endowed with an energy bar as well. It will tell you how long the animal will carry you before throwing you into the sky. If you are planning to play combos, this feature is especially helpful.
The graphics of Ski Safari 2 are the true hero of the game. It is not just stunning but also carefully designed to equip each object with its individual animation. The zoom level is pretty impressive and allows you to enjoy the details.
The version is sleeker and smoother compared to the first version but you can still find the original gaming mechanics that have appealed to users worldwide. It’s better to say that there is a considerable improvement in the iOS hardware along with skillful use of all the resources for enabling a matchless user experience. 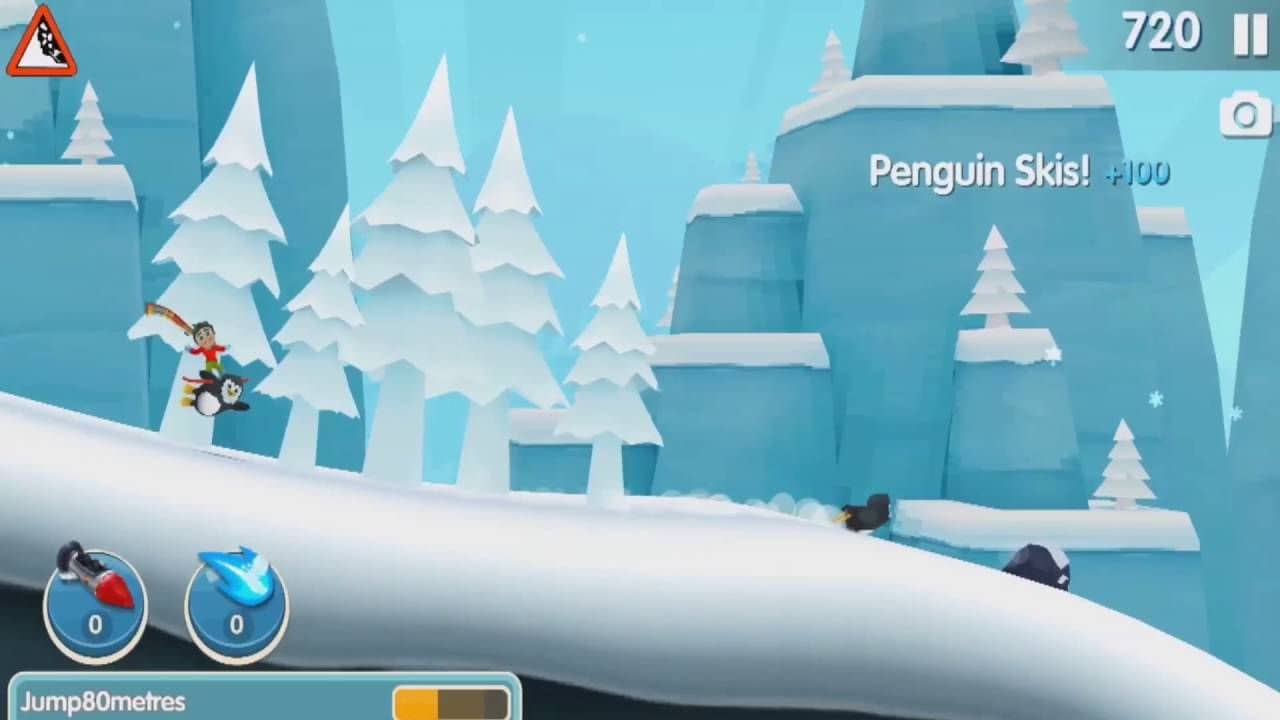 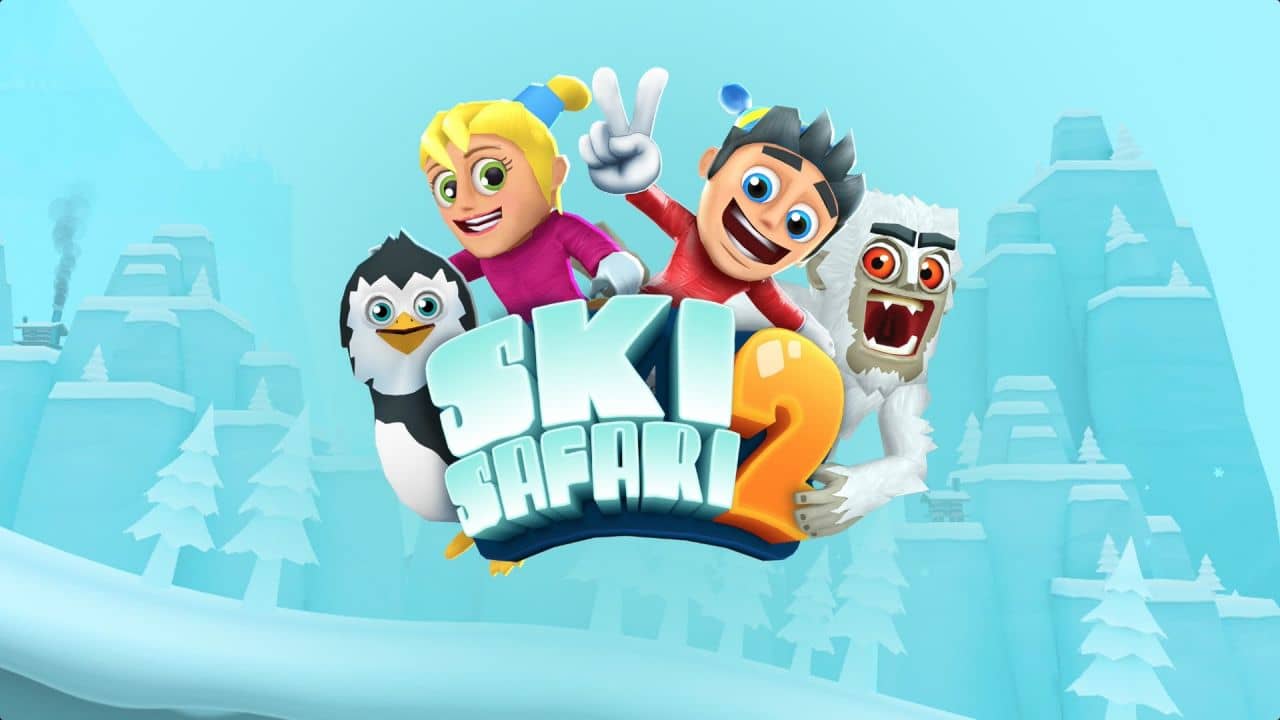 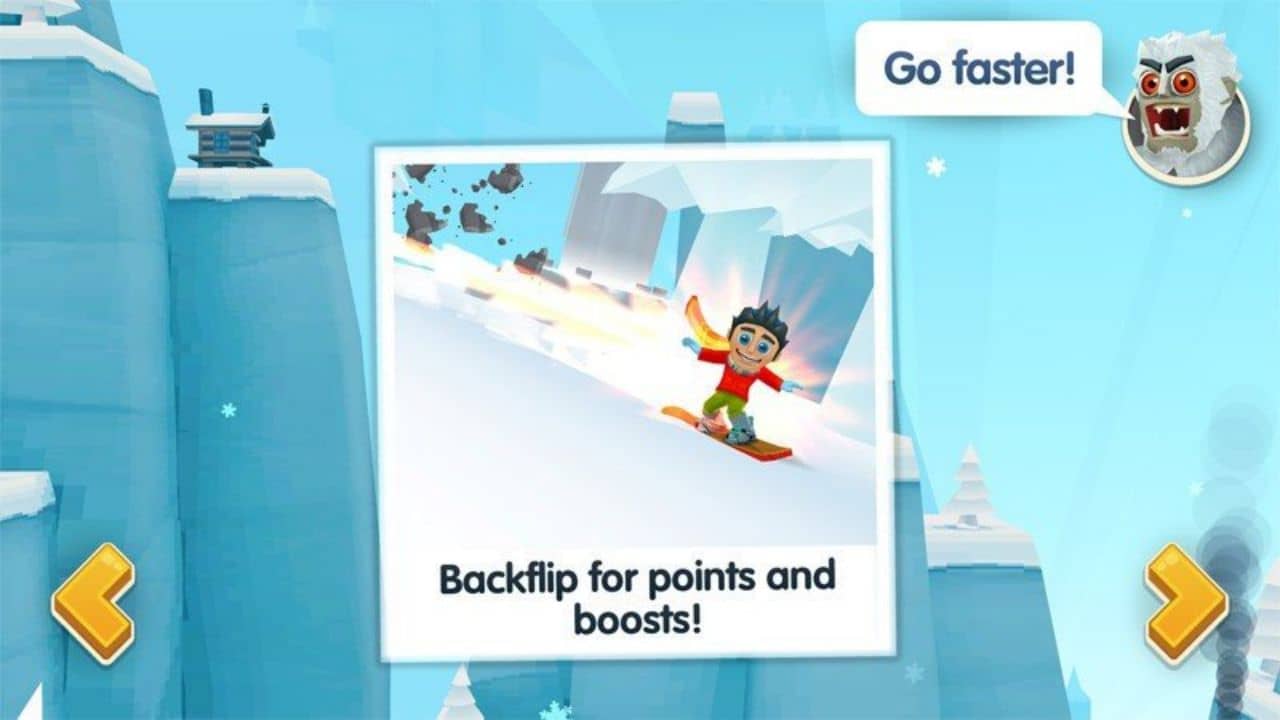 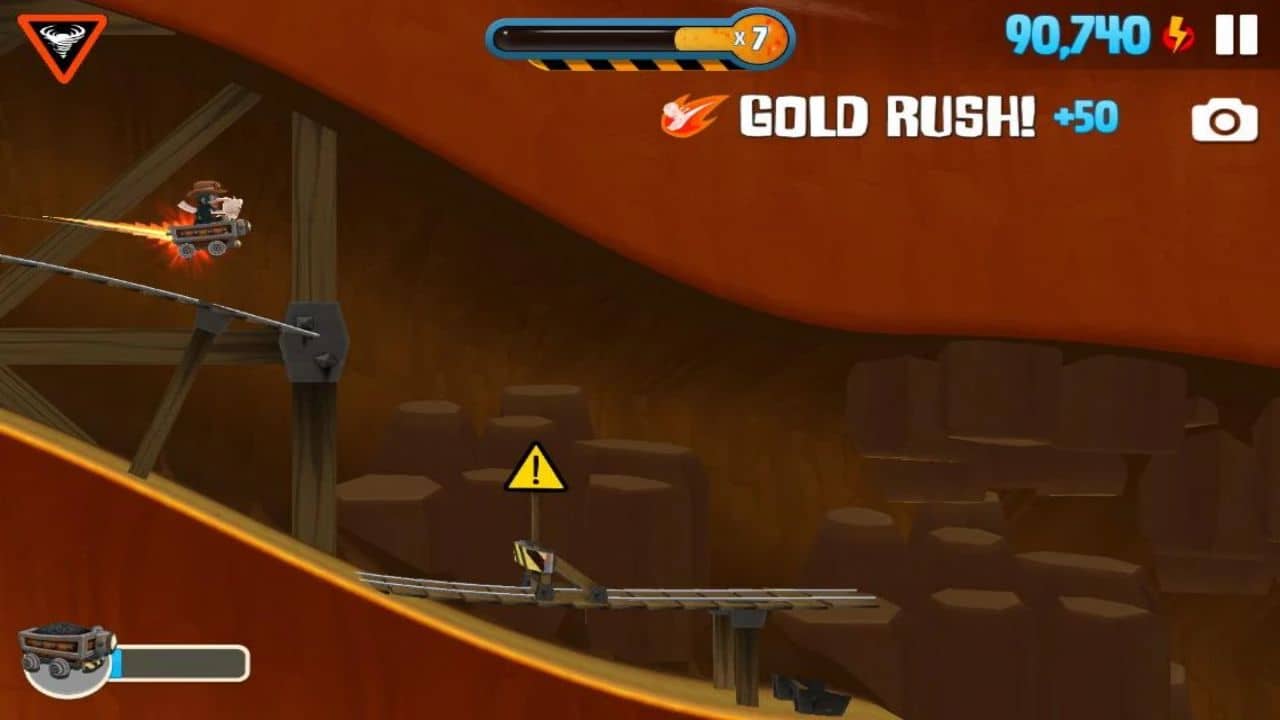 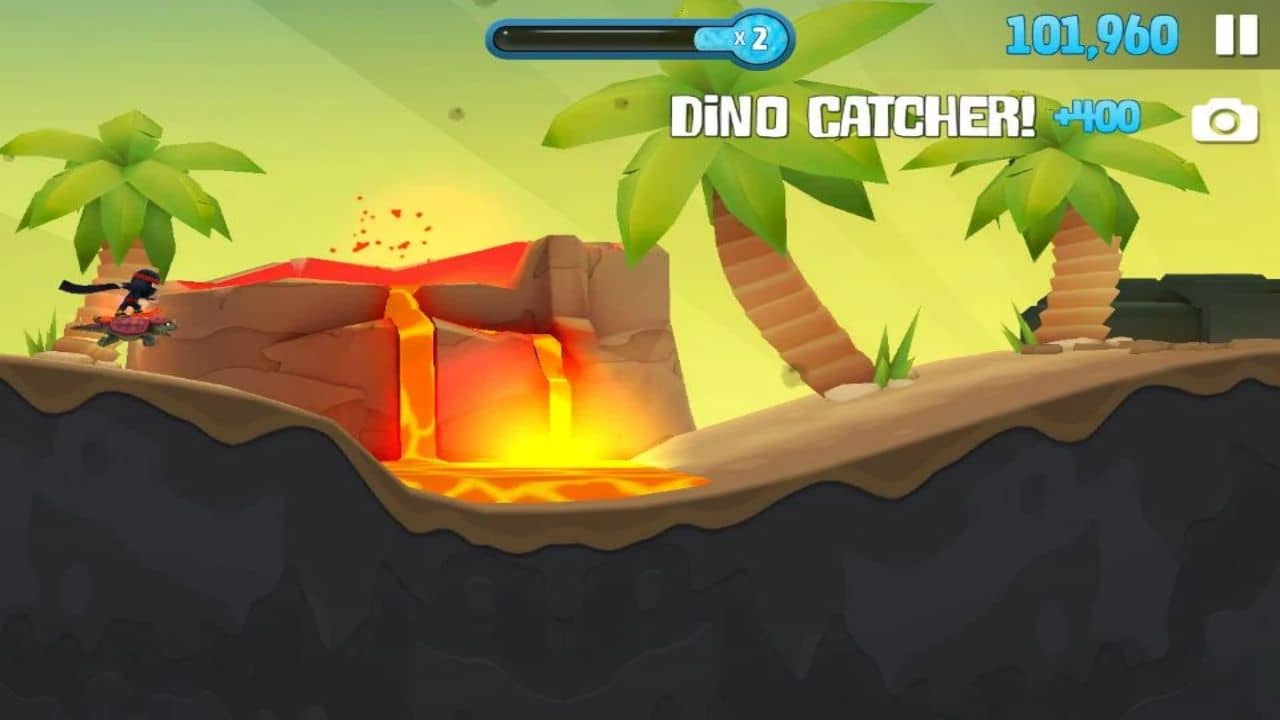 Ski Safari 2 is a run game that’s practically endless and taps on your skillfulness and expertise to escape an avalanche while doing away with hurdles and hostilities as you blitz down the mountain peaks. The route is also studded with occasional yeti or penguins. You can also hop on the snowmobile for pulling off combos as you run to escape.
First of all, you have to choose between the two protagonists- Evanna and Sven. You also have the option to spank a new snowboard for showcasing your expertise along with some awesome backflips.
Next, you can perform tail grabs through swiping. If you aren’t satisfied with this, your selfie camera would routinely snap the action to check on later. These little yet critical details boost the playing experience and you will soon find yourself immersed in the game.
The next thing that will attract you is the wide array of customizations ranging from skiing equipment to rockets to trail bikes and snowmobiles. Also, you can utilize all the coins collected from endless runs for unlocking desirable stuff.
It’s important to note that your only challenge in Ski Safari 2 is not restricted to collecting coins. With every run, you will have three challenges to overcome. This in turn will boost the combo multiplayer and earn you more score.
Considering the challenges available in-game, you will find 130 different ones to keep boredom away. These challenges can become extremely intense as you proceed. For instance, you will need to spend an intense amount of energy crafting how to fly an eagle through the cabin.
Further, you can also challenge your friends to a multiplayer duel. You can access it by touching the log cabin that will show all the in-game features like switching worlds, accessing the store, altering starting items, and viewing photos.
When it comes to the prospect of rides in Ski Safari 2, you will be taken to six different worlds for exploration. Needless to say, each world has its individual design and themes. As it goes with most casual games, you can tap two ways for accessing the other levels.
First, you can show your skills by racking good scores which is termed grinding. Or, you may pay to skip the challenge in the in-game store. Make sure that you play the game regularly; playing it from time to time will not increase your skills or enhance your expertise.
Ski Safari 2 doesn’t demand a lot from the player. You may even find it to be a minimalist choice for the primary gameplay. Rather than challenging the player, the game will take you for a thrilling ride. When playing, you will just have to go with the flow. Better enough, you can enjoy the ride or even rack up some points for unlocking numerous rewards and coins.
The game is a great choice for those looking for short bursts of fun and an amazing gameplay experience. All you have to do is to click, enjoy, outrun and complete the challenge. It’s a lovely engagement that can turn your boring hours into enjoyable leisure.