As a kid, you might not be allowed to drive a car or even touch it in the absence of some senior ones. Therefore to give you the experience of racing a car here you'll get to know about a car racing game which is " Rush Hour 3D". So let's get started to discuss the gameplay in detail as follows:
Rush Hour 3D is a wonderful racing game that gives you all the real fun and thrill that one experiences while racing in real life. The game is developed especially for kids and contains no harmful content. If you are someone in your house who loves to drive a car but no one allows you to even stand around it then this game is a must to try for you as you can do anything in the game while playing to fill your desires of racing a car.
There are many features in the game among which some can be discussed while some cannot be, this is because the features which can be told are not only featured but are emotions of versatility and fun which can only be known by playing the game and experiencing the features. So, first, let's discuss the explainable features of this game, and then it will be your turn in the end when you'll be given a chance to share your game experience in the comment section and reveal those unseen features.
The features of this game are as follows:
You can drive the cars in the game as fast as you can, there is no limit on the speed of the car and also you can overtake multiple vehicles without giving any further charges.
There are multiple models of cars among which you can choose any. The supercars can also be accessed on the higher game levels and for that, you don't have to pay any money.
The game has not only various cars but also multiple game challenge modes that will give you a chance to perform in different competitions and set yourself as a great racer.
You can drive in multiple lanes, there are no restrictions on driving in other lanes as is the case in other racing games.
The game promotes no harmful content and thus can be played by anyone without any worries about getting distracted.
So this was everything to share about the game features and now you might be thinking about whether you can play it with your friend circle. So, yes you can, as it is a multiplayer game. You can share your game progress and tell your friends how much of a good racer you have become. If you want to have a battle with them then you can choose the multiplayer mode and then invite your known one to race with you.
The gameplay of Rush Hour 3D is very easy to understand and the same is the case with its instructions on "How to play ".So, let's now start to discuss how to play Rush Hour 3D with the following section as follows: 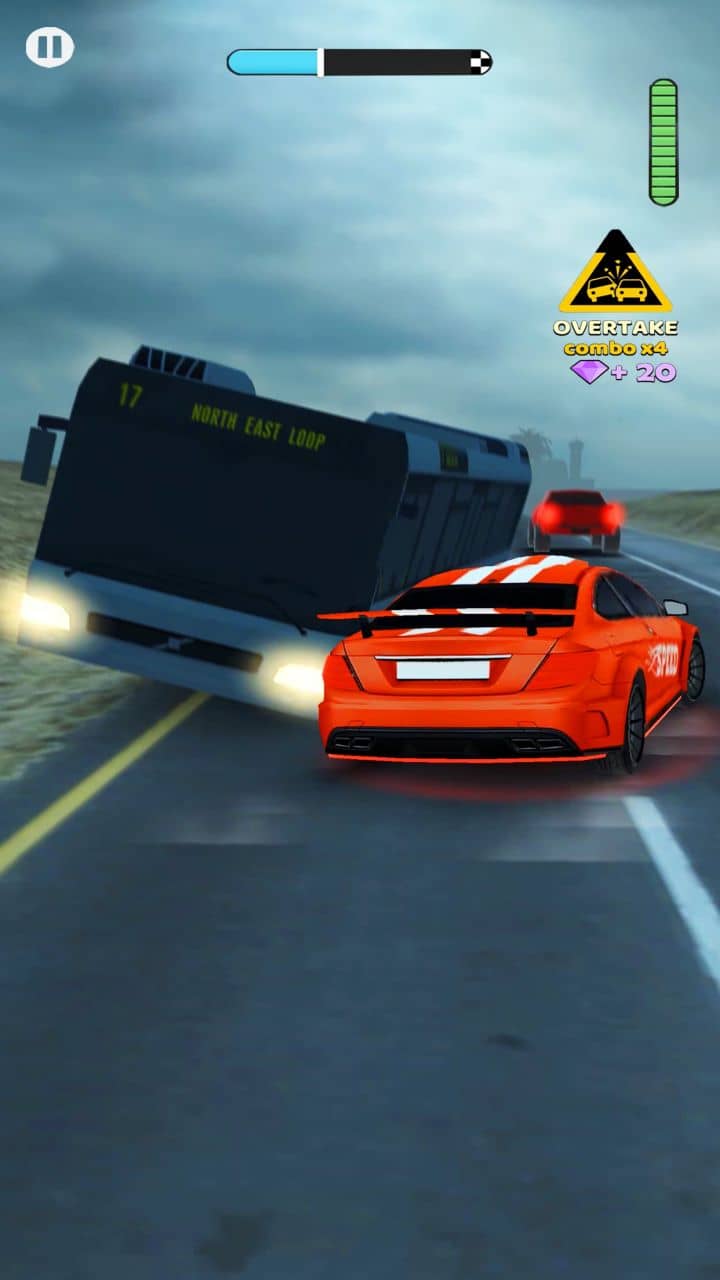 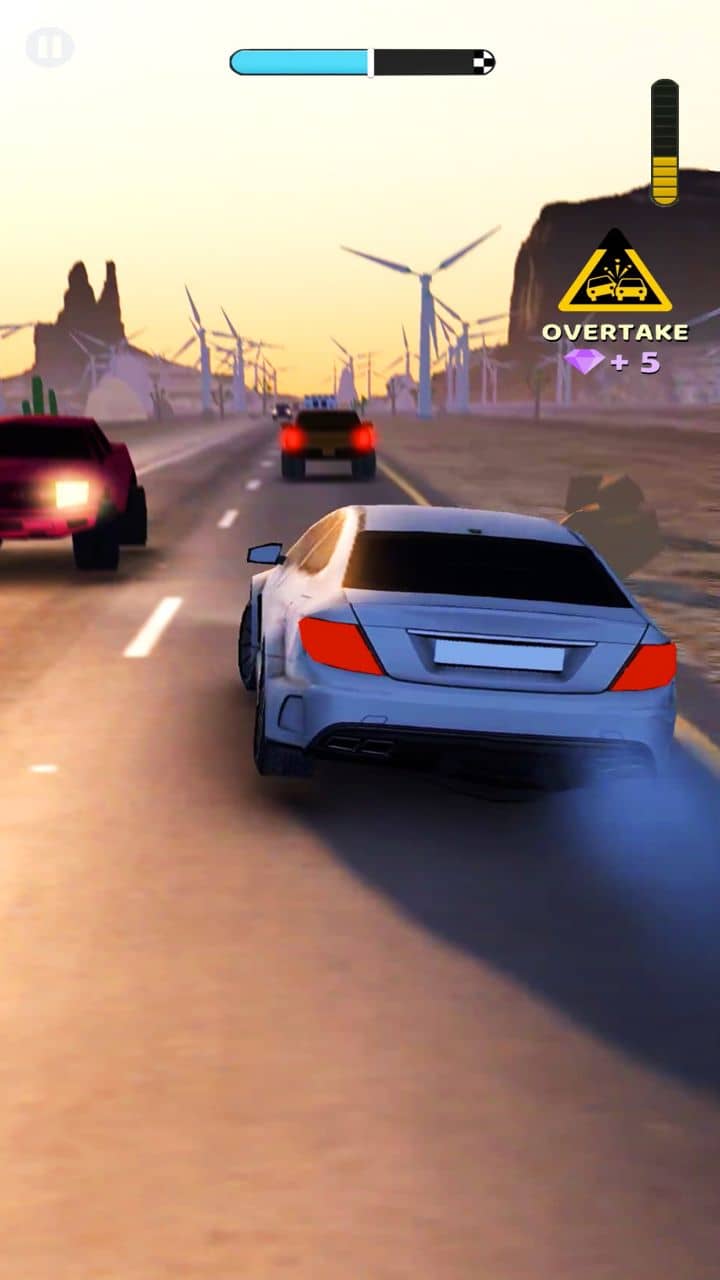 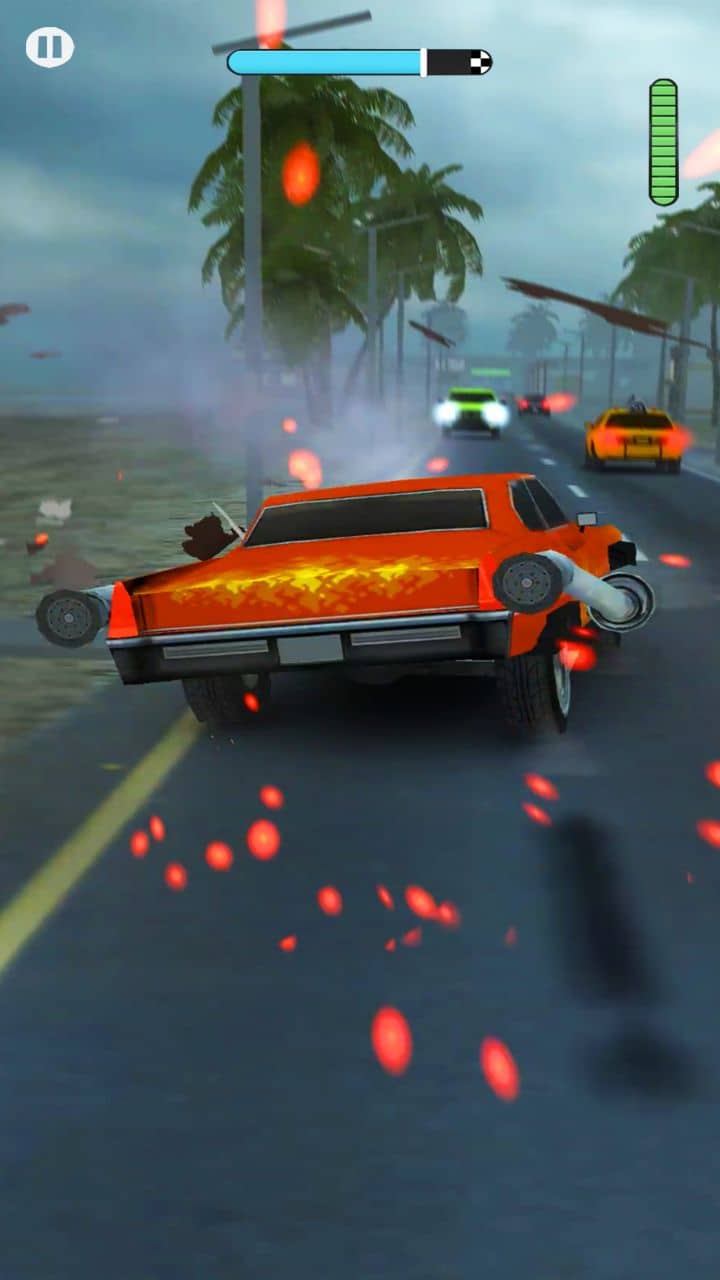 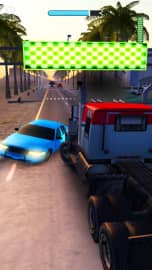 It is quite easy to play Rush Hour 3D and what makes it easier is to follow some simple steps while playing the game. Wondering what those simple steps are? So, stop wondering and start reading, because those are mentioned as follows:
Stage 1
Here in this stage, you have to decide whether you want to play it all alone or would you like to have your fellow friends on it either by competing with them or by pairing with them to beat others. So, if you have decided then go to the settings section and then switch on the mode in which you would like to play, suppose you have chosen multiplayer mode to compete with your friends then what will be the next stage is given as follows:
Stage 2
Invite your friends, tell them to add the same game to their devices and don't worry, it's free to play and they don't have to spend a penny on it.So if they once add it then start playing online and speed up your car to beat theirs. Remember, you don't want to crash your car just to overtake them as this will change the fine imposed on you and if the fine keeps increasing then you could also be declared out of the game. So, be careful!
Stage 3
Winning or overtaking the cars will let you score good points and rewards, which you can either collect or use in purchasing special tools for your car. Those tools can be anything that includes special fuel to give your car more speed, you can unlock supercars if you have a sufficient number of rewards or points, and you can earn lives to save yourself from getting out of the game. The choice is yours, you can select anything to buy according to your need. Also if you don't feel the need then you can save those rewards and coins also.
Stage 4
This might be the last but not the least stage of the level that you are playing. Here you have to send your car for some repair work because after running so much in speed it might have developed some or any defects in it, therefore sending it for repair can correct any errors if it has and will make your car all new and active to perform the best in the game.
So these were some important stages and instructions of the game. You can become a master and score the best possible points in The Rush Hour 3D just by keeping all the above-mentioned things in mind. So, what are you waiting for now? Go and try this wonderful game today for free and also as told above, don't forget to come here again and share your game experience in the comment section below.
Set your seatbelt and start racing with Rush Hour 3D today !